The Basilica of the Crucifix, dedicated first to the Assumption, then to Sts. Cosmas e Damian, draws its name from the crucifix once placed on the altar.
The building is the first core of the Episcopal complex. It is mentioned in a document dating back to the 6th century and in the Chronicon Salernitanum, anonymous manuscript from the 10th century, in which it recalled the episode of Sicard, Lombard Prince of Salerno, who attacked Amalfi in 839, ravaging the city and the Church, in order to steal the relics of Saint Trofimena, kept there.
Presumably, as a result of the traumatic event, Amalfi used some aids for the reconstruction of the Church, also thanks to the protection of Pope Leo IV (847-855).
No doubt the building was expanded from 987, during the rule of Duke Manso III (985-1004), when the Episcopal Church obtained by Pope John XV the raising as metropolitan dignity.
The plant, with three naves without transept, can be traced back with certainty at this stage and to a subsequent constructive intervention made by the middle of the 11th century.
The current nave configuration is the product of three significant interventions: the first, dating from the late 13th century, aimed at the building of the Cloister of the Paradise, which required, for reasons of space, the demolition of the left aisle of the Church. More radical was that following to the Tridentine Reform, which involved the demolition of the right aisle. The old colonnade – partly visible- which connects the Basilica of the Crucifix with St. Andrew’s Cathedral, was incorporated into the new partition where several noble chapels took place.
The last intervention, implemented since 1931, consisted of a complex and discussed restoration that has dramatically freed the building from Baroque superstructures, highlighting the original Medieval walls system, in an attempt to restore the original configuration.During the last renovation campaign was evaluated the opportunity to dedicate the building to exhibitions, allowing the public use.
Dates back to 1996 the establishment of Museum collecting silver, vestments, crosses and shrines belonging to the Cathedral treasure, as well as valuable sculptures and paintings of various origin and history.
The rich artistic heritage was formed over the centuries thanks to the strong devotional feeling given to the Apostle Andrew whose the Cathedral holds the remains.
Along with exhibits, capitals, bas-reliefs, inscriptions and frescoes, that were part of the furniture of the ancient basilica, are integral part of the Museum.
In the presbytery and apse was left space for exhibitions, conferences and other cultural events. 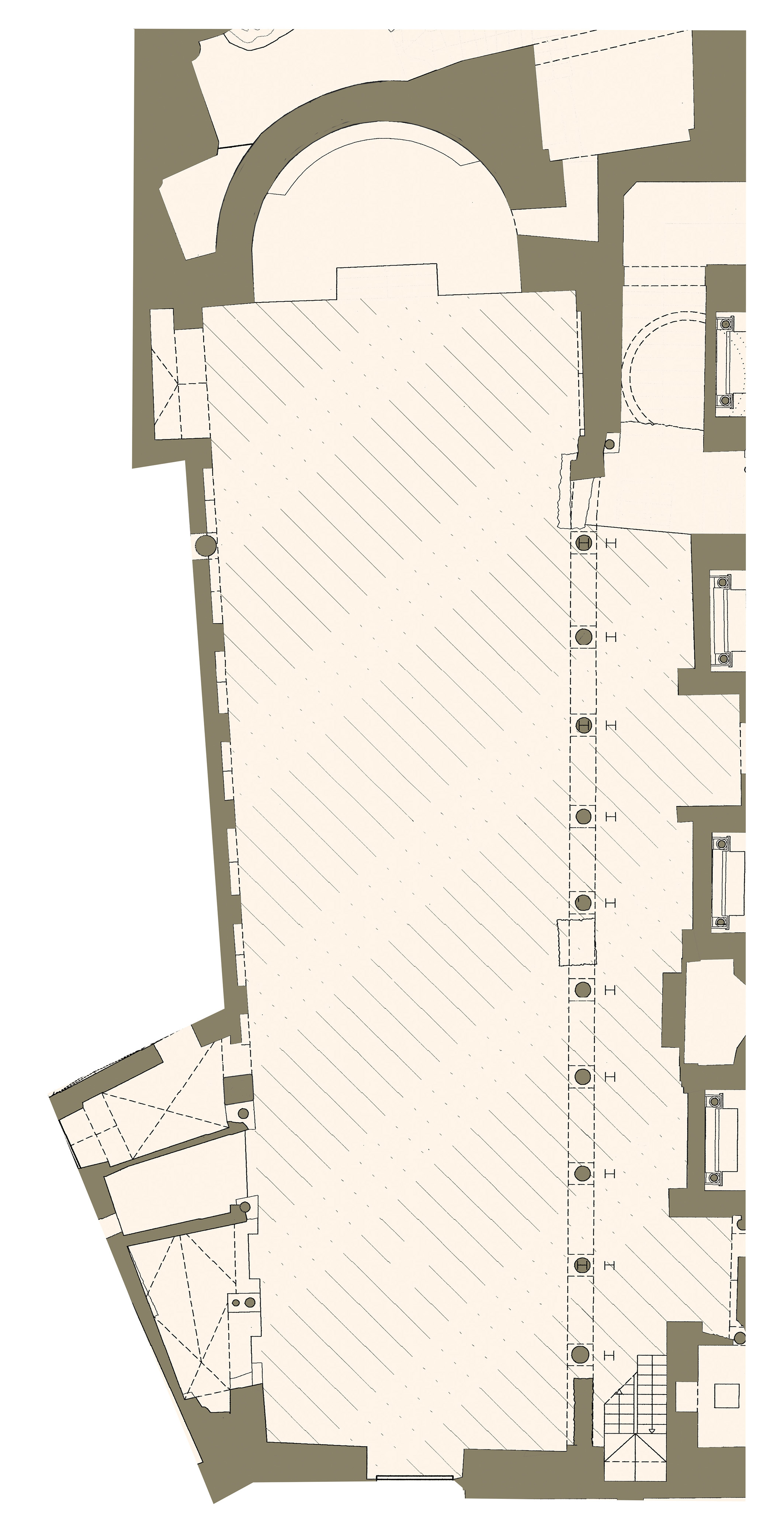