It was erected in 1333 by the priest Iacobus de Iudici, cantor of the Cathedral.
The small barrel-vaulted hall, once completely frescoed, on the walls preserves only some tracks still readable, dating from the first half of the 15th century. Most significant are those on the left side, where, on two different registers, are represented with vivid expressionist episodes of Christian martyrdoms: the beheading of Saint Paul and the martyrdom of Saint Bartholomew, who was flayed alive. The pictorial matter of the opposite wall, strongly abraded, does not recognize the depicted themes, however the faded image of a Saint with relief halo testifies to the existence of a cycle of paintings, the oldest dating back presumably to the first building of the chapel. Much better preserved is the frame that runs above, on which are depicted the faces of Saints. On the vault dominates the figure Christ on a clipeus surrounded by the symbols of the Evangelists.
The arch at the entrance, decorated with heart-shaped motives and white lilies, evidenced the fifteenth-century renewal of the Chapel, which also involved the adjacent ones. 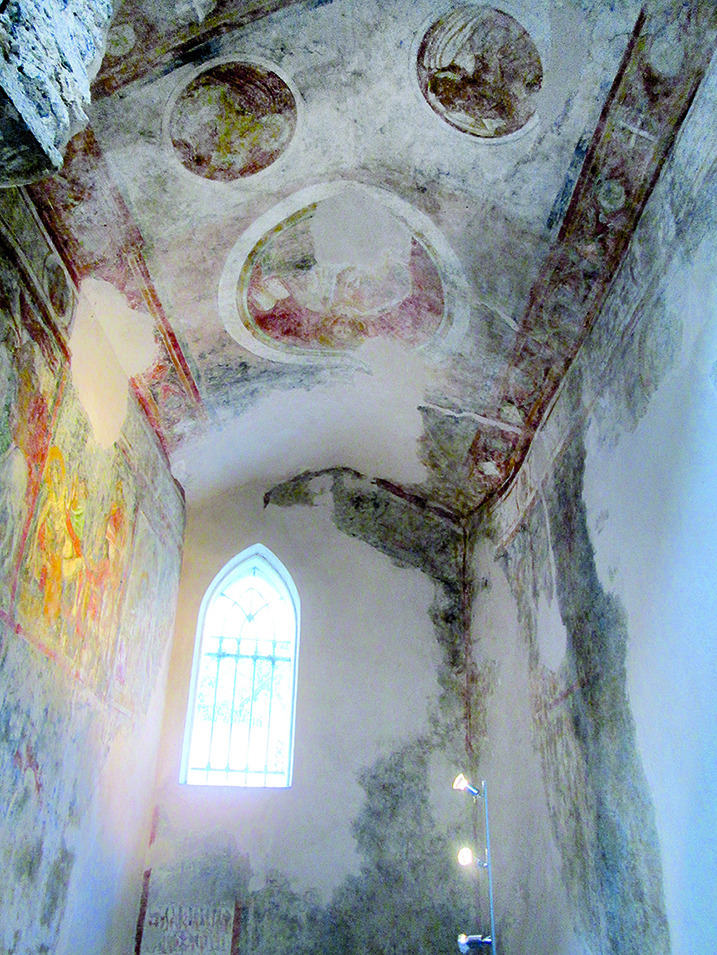