Chapel
Chapel of Sts. Cosmas and Damian
The second half of the 13th century
Frescoes and stuccoes

The identification of the subjects of the frescoes is particularly complex. For both figures depicted were brutally robbed the heads in an undefined period. The Saint with the red dress, on the right wall, bring in his hands a jar of ointment, the one on the other side, where iconographic attributes are no more visible, perhaps carried a surgical instrument. This may be so in the depiction of Sts. Cosmas and Damian: this would validate the news, reported in the documents, of the existence in the cloister of a chapel dedicated to two Saints doctors by the Paolillo family. 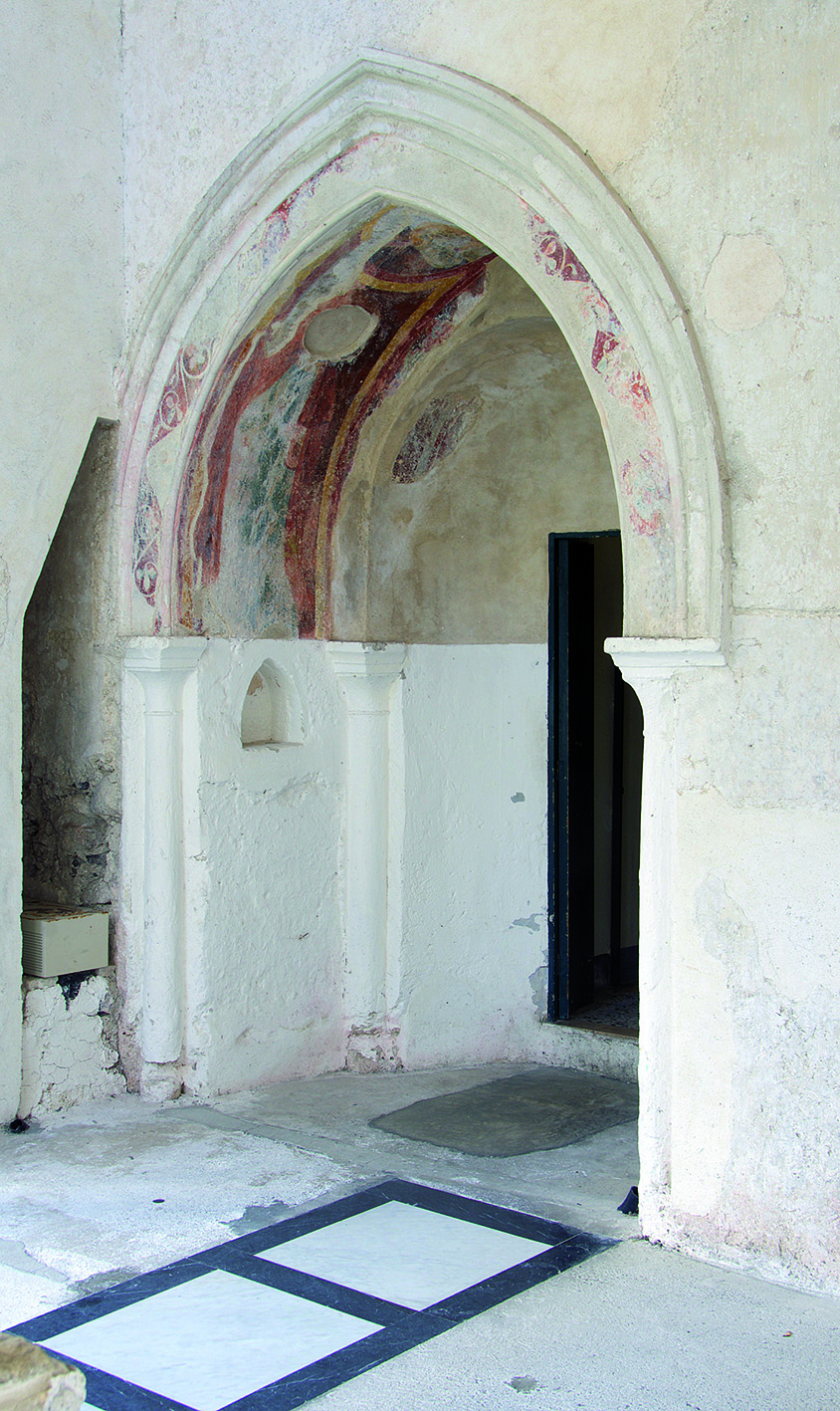