According to the traditional account, on the night of June 26th-27th 1544, the Saracen fleet headed by Khair-Ad-Din, also known as Ariadeno Barbarossa, appeared before the Amalfi coast to assault the city. The population invoked the protection of Saint Andrew and Saint Matthew, patrons of Amalfi and Salerno. The ship sank for a sudden storm so avoiding the risk of a disastrous looting.
The scene is reproduced in the painting by Ottavio Deliani the end of the 17th century, placed above the front door of the right aisle of the Cathedral. The table, belonging to one of the enemy galleys, apparently as a result of the event, is found on the beach of Amalfi.
On the falca fragment-a little tablet superimposed over the gunwales of small ships-is explicit reference to the myth of Galatea, but it does not appear. The marine parade is composed primarily of hippocampi and newts, and, in the game of tails that wiggle, Amphitrite appears and establishes a concatenation between the figures and the waves.
The evident Classicism of the bas-relief relating to the narration may refer to a ship wright operating in one of the shipyards of Genoa which held, in the mid-16th century, the primacy in the field of navigation. 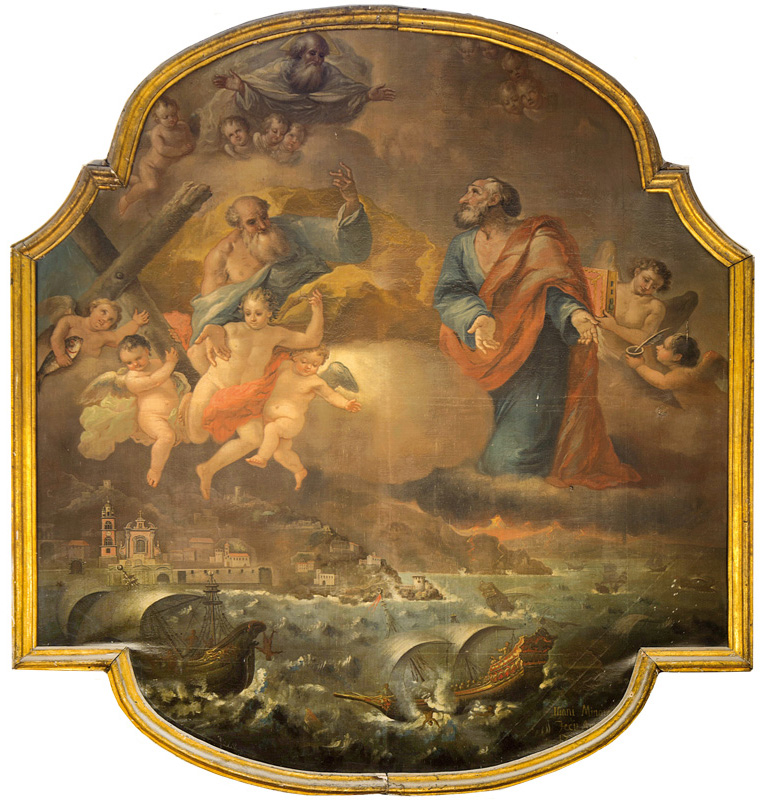