The chapel occupies the eastern end of the right aisle of the Basilica.
The small dome is composed of a cylindrical drum decorated by eight flat niches with lancet vaults resting on pedestals and crowned by a spherical cap in twelve segments. The entire front was destroyed. Under the drum you can see the remains of three spherical pendentives, which find their support in front on two columns with Ionic capitals as a base, and in the back on two pillars.
The chapel reveals a direct influence from the Arab world, then reworked according to local tastes. It is the first work in which the so-called Amalfi Coast architecture is manifests. 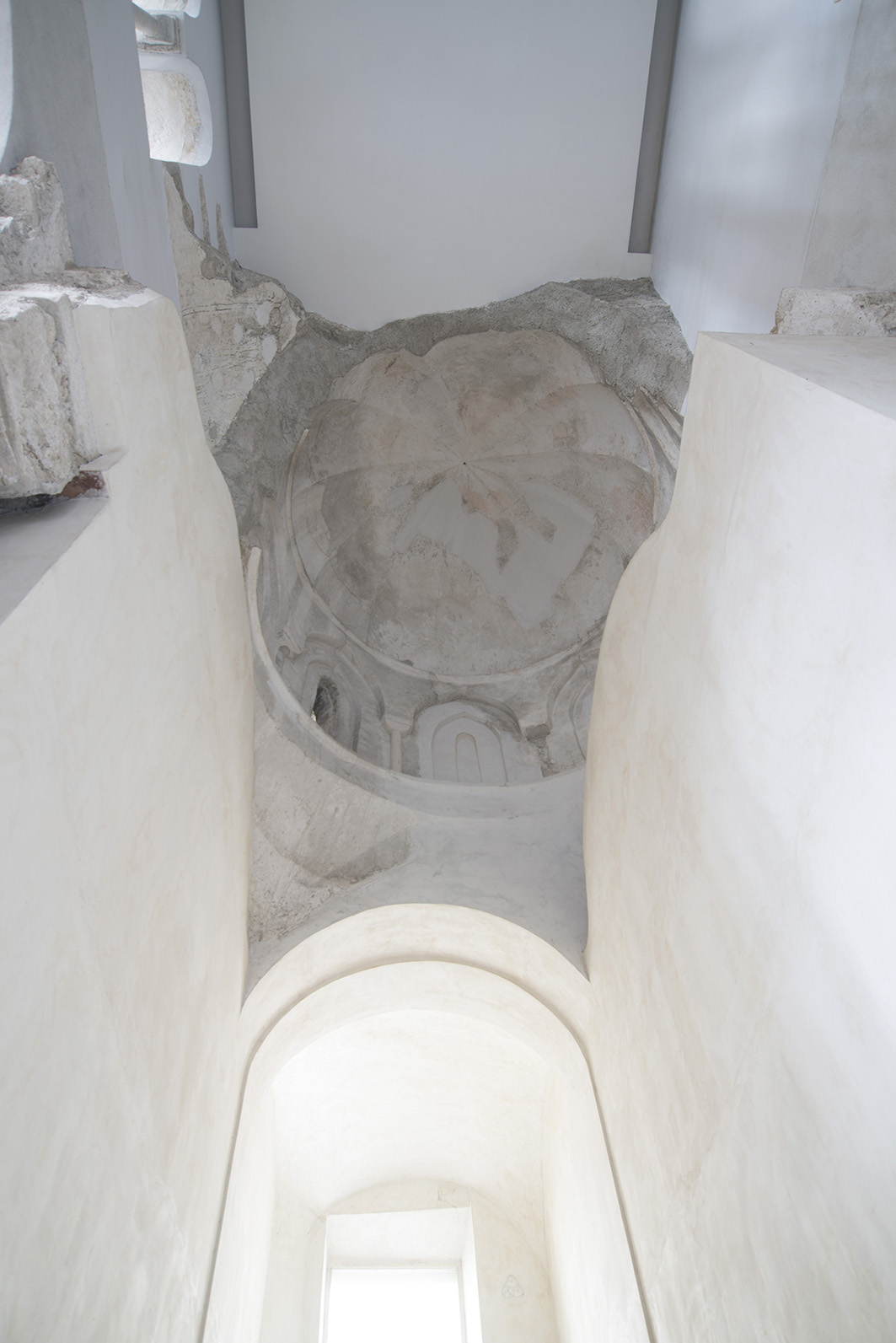