Mentioned in the inventory of the treasure of the Cathedral of 1499, the box contained the relics of Saints Cosmas and Damian which, together with those of St. Andrew, were transported to Amalfi by Cardinal Capuano in 1204 from Constantinople. The great prestige of these relics is witnessed by the ancient Crucifix basilica dedicated to two martyrs Saints. The box shows, in a continuous narrative scenes, episodes of miracles and martyrdoms to which they were subjected the santi medici: the flagellation by flogging, the crucifixion with arrows shooting, drowning and beheading. It lacks the sequence of furnace martyrdom, said to be on the short side, now devoid of decorated and stained lamella. It has a cover on the top by the particular form of inlaid pagoda with geometric and floral motifs.The urn that was commonly attributed to the Venetian workshop of Embriachi,characterized by a production of objects with profane themes, popular narrative or loving themes, almost always with honeymoon destination, is an extraordinary exception to the unusual theme represented hagiographic.From a stylistic point of view expresses a compositional debt toward illustrations of manuscripts of the fourteenth century and is one of the high points of the Embriachi’s production, so that you can return to his boss fatherhood workshop Baldassarre, who resided in Naples until the end of his days.
The presence of the relics of Saints Cosmas and Damian in the Cathedral suggests that the work was made on request of the nobility of Amalfi, which the fourteenth and fifteenth centuries resided in the capital of the Kingdom 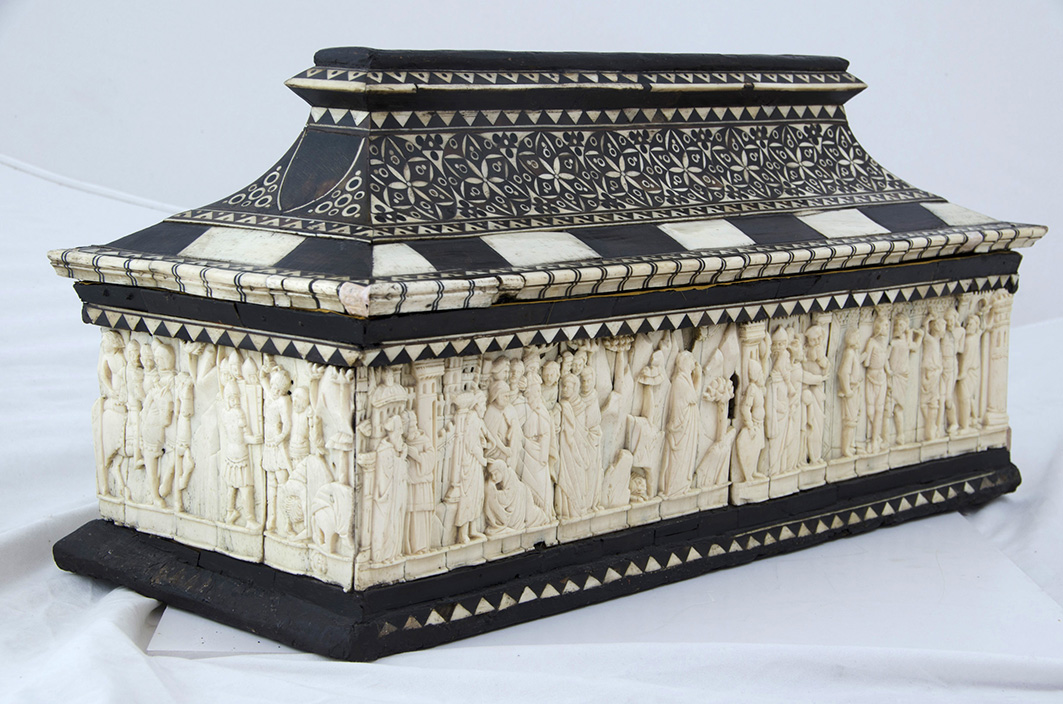