The elegant eighteenth-century sedan, decorated in chinoiserie, represents a single piece throughout the territory of Amalfi. It was done originally for a profane use and later donated to the Cathedral for the displacements of bishops.
The scenes depicted with extreme delicacy are difficult to interpret, perhaps represent a summary of a novel. Equally valuable is the wooden structure decorate with a fine weave of vegetable elements in pure Rococo style.
Attributed in the past to Luso-Chinese production of the school of Macao, especially for the headgear worn by
figurines, according to more recent research a Neapolitan origin is recognizable from a comparison with similar examples of 18th century. 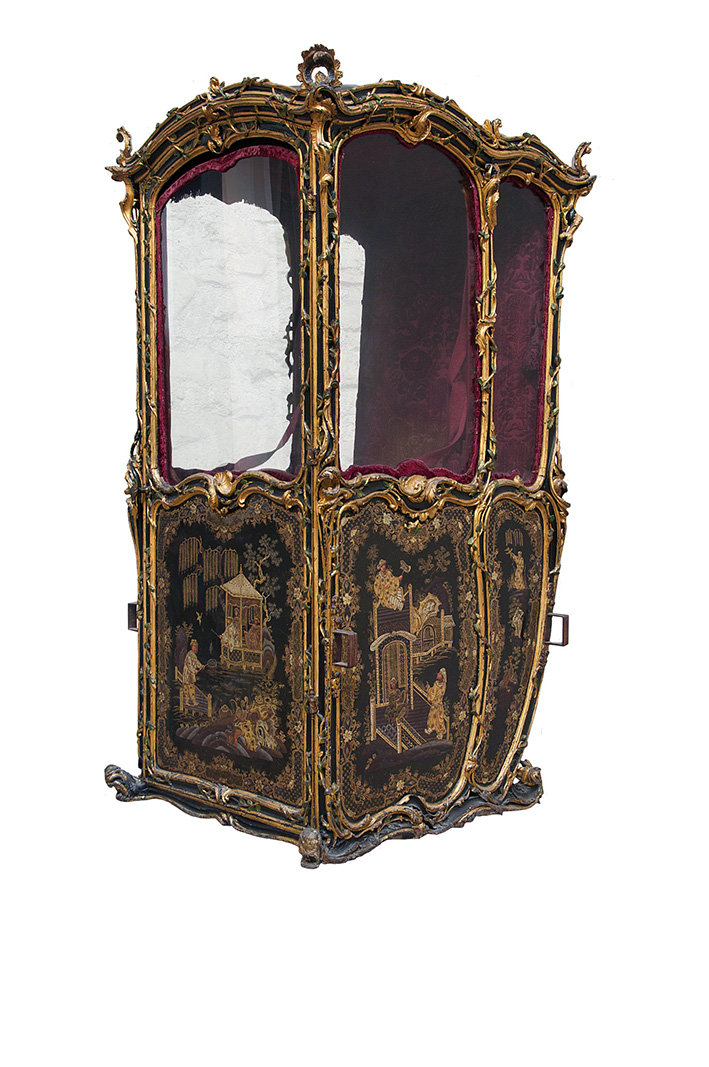