The collar, mounted on a tape, is composed of a figurative plates with cornflowers, panoplies and images of Saint Andrew and ending with a big ruby, from which hangs the fleece of a goat. The Golden Fleece is the most important award granted by the Catholic Kings of Spain to european monarchs and entitled to the Grand Master of the order of Malta, founded by blessed Gerardo Sasso di Scala. The specimen, donated by the Spanish royalty, in an unspecified time, at Saint Andrew, bears, on the claps, a silver plate with the coat of arms of Archbishop Pietro Agostino Scorza (1731-1748). 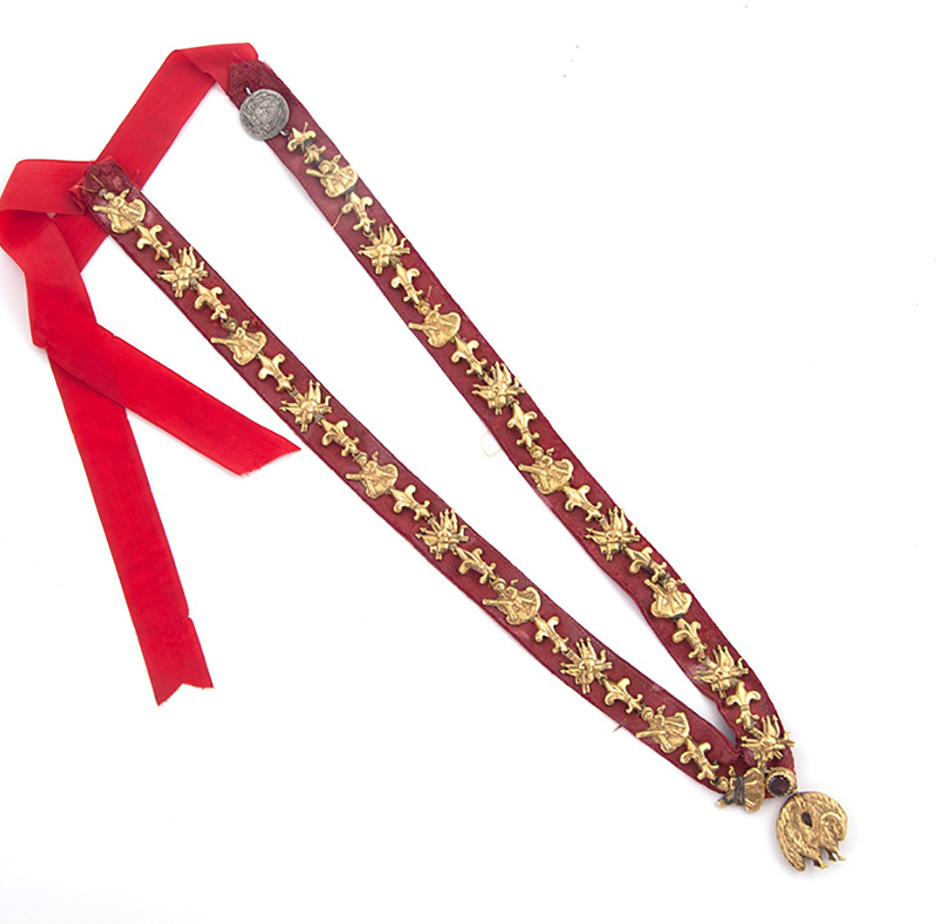