This is one of the noble chapels built inside the Basilica of the Crucifix, some of them were demolished and some reduced to give geometrical regularity to the Cloister of the Paradise while it was still in progress. The chapel was erected in 1333, under the patronage of Corsaro family and totally covered by frescoes, unfortunately now they are not so legible or in some cases reduced to sinopia. However, the two lateral walls allow us to recognize its decorative programme. In the cloister entrance on the right side, on two registers separated by a string course, six Prophets are present in the upper part, represented as half bust with a scroll each. One Prophet, in part still visible, was cut, during the 15th century, for the construction of the adjacent arch to the Basilica. The lower register shows a faded procession of Saints in entire figure excepting for the archangel Michael bringing the cross and a Saint with a scroll on both sides of the door. On the opposite wall is represented the Dormitio Virginis. In the higher part the Virgin Mary with the Baby, held inside the almond, between a multitude of angels and Prophets, while below there are the Apostles. On the intrados at the entrance door, the Announcing Angel and the Announced Virgin are barely visible. A clear Cavallinian trace is recognizable on the entire cicle, reminding the frescoes of Santa Maria Donnaregina in Naples, especially for the Prophets’ disposal and the physiognomic traits of the figures. 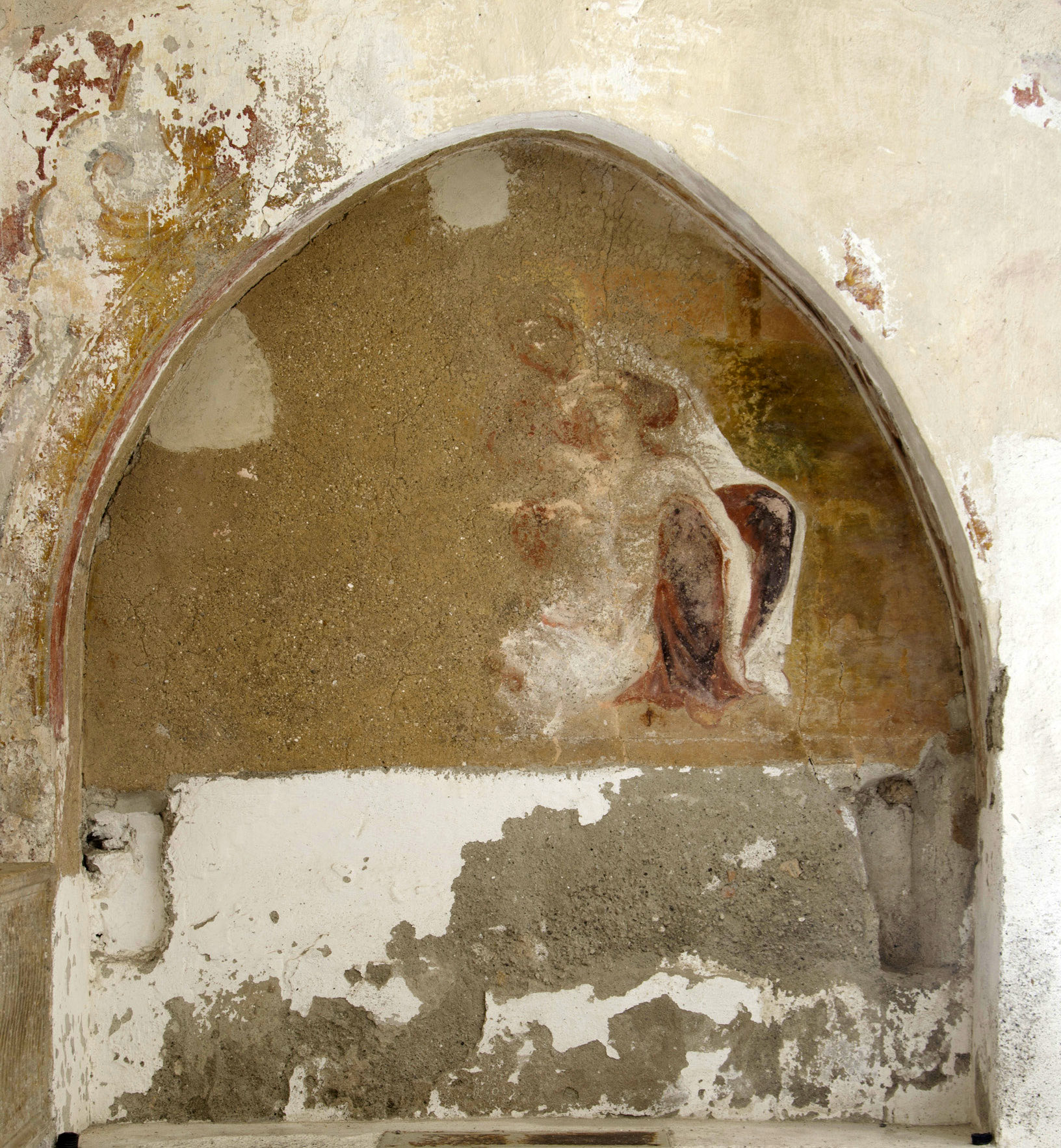