Polyptych
The Annunciation
Ascension of the Virgin (cymatium)
Apostles and histories
of the Virgin (predella
late Neapolitan mannerist painter
late 16th century
oil on board
from the Church of the Annunziata in Minuta, Scala

The great polyptych, once accompanied by a rich wooden frame, originates from the ancient Annunziata Church in Minuta, Scala. It was long believed to be the work of a painter, Giacomo de Pansco in Praiano, who realized, according to a document dated 1471, an altarpiece with a similar subject. This is an obvious inaccuracy, since the author’s style is part of the ‘devotional’
late-Mannerist Neapolitan style of the late 16th century, characterized by the use of
bold contrasts and the bustling exuberance
of figures. 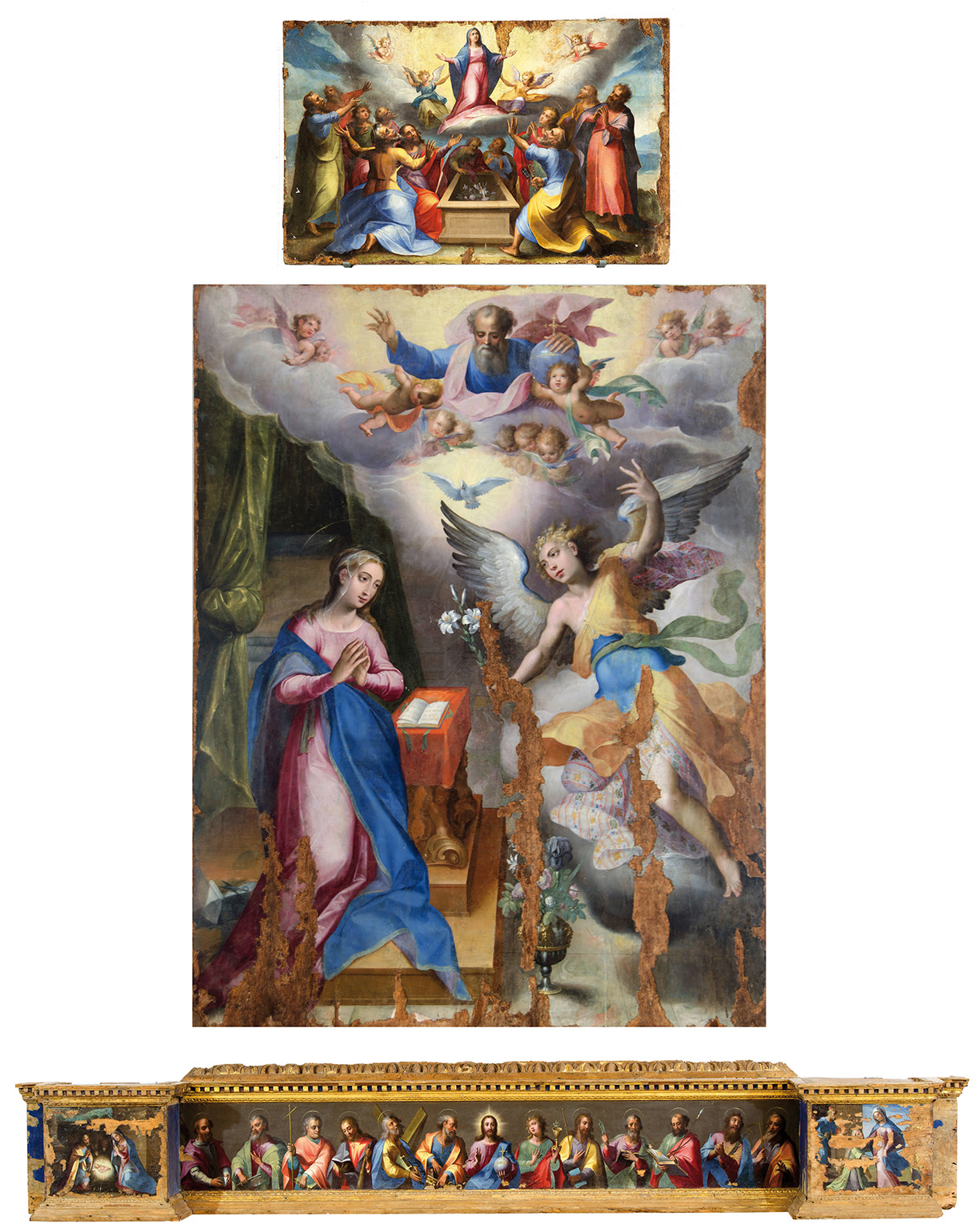